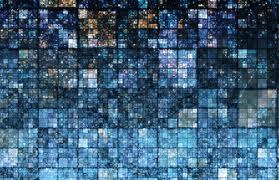 Strategy and Application Are Both Key with Big Data

All forms of media have been dramatically transformed by their digitization, including video, music, the classifieds, magazines and pictures. This digital transformation enabled a new business model and was an onslaught that decimated the print and analog industries as we knew them. Now data virtualization is heading for IT.

All forms of media have been dramatically transformed by their digitization, including video, music, the classifieds, magazines and pictures. This digital transformation enabled a new business model and was an onslaught that decimated the print and analog industries as we knew them. Now data virtualization is heading for IT.

Is that a bad thing? IT professionals claim they benefit from it. All of this virtualization will call for more and more of their expertise, they say. As everyone digitizes everything, the world needs more servers, more storage, more memory, more connectivity, more software and more people who can make it all work.

But I can imagine a discussion that was had by the old-guard leaders of the newspaper industry. “The ever-growing and aging population will consume ever-increasing quantities of news,” they said. Well, they were right that more and more people wanted to consume more and more news content. But they completely missed that it wouldn’t be in print. It would be in a new form—one they didn’t anticipate and that came on faster than they predicted. Their newspaper had been virtualized, and hence, they failed to exist. And when something becomes digitized, it becomes more available to the masses, meaning companies must adapt or perish. The newspaper industry’s equivalent is blogging—everyone’s a blogger these days, and anyone can write news and put it online—for free. Journalism and its business model evolved at a breakneck pace, and leaders couldn’t adapt.

The same holds true for IT. We are right that there will be an ever-increasing demand for digital content. But we can’t assume our skills will remain relevant as that happens. In fact, I predict that many of the IT skills currently in demand will experience a similar trend as those who ran printing presses in the 80s for those same old-guard newspapers. Many of the jobs that were considered “hot” in 2010 didn’t even exist in 2004. Jobs that will be in demand in 2020 probably don’t exist today.

Why do I think this? Because we’re going through mass data virtualization right now, thanks to the growth of cloud computing. Servers, storage and networks are all being virtualized – which is exactly what a digital version of a newspaper is. And what happens when you virtualize something? That metamorphosis results in a transformational change. Transformation is both highly creative but also very destructive. Once something is virtualized, it can be instantly transported across the globe, instantly searchable, modifiable by software so it can be customized, along with a plethora of other traits. Those traits add so much value it makes the physical rendition completely obsolete.

For example, 10 years ago, if you wanted to ship 1,000 CDs from your New York apartment to your beach house in Florida, you had to put them in a box and physically ship them. But when the first iPod came out, you could put those 1,000 CDs onto one device and carry that with you. Music became virtualized, and think about how your life changed with that simple concept.

It’s this level of change that will continue to drive IT forward, and we as “IT guys” must adapt to virtualization or become obsolete ourselves. If I tell a 55-year-old IT technician I can email him a laptop or server, he tells me “that’s so amazing.” It’s not amazing—it’s the way of the world. But all of us, young and old alike, must adapt more and more quickly to the exponential growth of information and technology or risk becoming obsolete.

How do we adapt? I believe DevOps is the future. It’s not that we won’t still need equipment—of course we will. But it’s what we do with that equipment that will determine whether we survive in this digital world or not. Think about the growth of electronic music. The structure is still the same. There is still demand for musical instruments, and there always will be. But what electronic music does is remix the original music and transform it into something new. In the same way, DevOps is remixing IT and leading the way in transforming how we view software, networks, servers and storage.

I don’t see any reason why the continued virtualization of data won’t be as transformational to the IT industry as virtualizing a newspaper was to newspapers or virtualizing photos was to film. What will be digitized next, and how will we react to that digitization? More importantly, will you be part of the team that makes those transformational changes happen?

Does Your Organization Process Data? 4 Critical Cybersecurity Measures You Need

What Does Data Archiving Bring To Healthcare Intelligence?