A few weeks ago in my post about how the CIO role is changing in ways that are more evolutionary than revolutionary, I cited a Constellation Research report that mentioned four personas CIOs will need to master: chief infrastructure officer, chief integration officer, chief intelligence officer and chief innovation officer. I thought the report did a fine job of summarizing CIO responsibilities and explaining how they fit into these four key areas.

While some organizations expect all or most of these duties to be handled by a single executive, others are appointing separate specialists to handle some of them. When I interviewed TCG Advisors Managing Director Philip Lay back in 2006, he recommended an approach in which the CIO position is divided into two roles: chief process innovation officer and chief information technology officer. Doing so, he told me, acknowledges the difficulty in finding a single person well equipped to handle both technology issues and those related to broader business transformation.

Not everyone thinks this is a good idea, of course. I shared a post from Peter Kretzman, a consultant who has served in CIO and CTO positions during his career and now authors the CIO/CTO Perspectives blog, in which he warned organizations not to separate technical and more business-oriented responsibilities. A CIO too focused on technology and not enough on business will result in an IT department not in tune with business needs or goals, the dreaded IT/business misalignment. But CIOs who lack a technical background are prone to vendor manipulation, staff disrespect and a “herding cats” mentality on technology matters, according to Kretzman. As he wrote:

Informatica Gets Heiler for PIM and Product Information Management

… Companies need to recognize that business projects can fail equally through technology tunnel vision or through too little attention to core technology matters by executives who spend their time elsewhere on matters they deem more “strategic.

An article about the evolution of the CIO that appeared on the ABA Banking Journal discusses both approaches. It indicates that some financial institutions are “placing greater value on delivering quantifiable results aligned with the company’s goals and objectives” by appointing a head of technology and operations. The two attributes deemed most important in this role, according to the article, are “a persistent focus on measuring outcomes” and “ability to drive accountability through all levels of the organization.”

Sure, the article also mentions the “ability to think holistically about the businesses they are supporting” as well as the ability to “offer solutions that recapture value that was historically trapped within fragmented or siloed business processes, systems, and data,” but the overall description of this “new” boss sounds a lot like the old boss to me.

The article also says some financial institutions are choosing instead to create separate IT management roles. Coincidentally or not, the examples listed cover four key “I’s” and correlate pretty neatly with the four “personas” from the Constellation Research report:

Whether or not you think a single CIO should handle all or only some of these duties, the broader trend is clearly one of a continued blurring of the lines between “technical” and “business” roles. This is illustrated by a Financial Times piece that discusses the importance of CEOs with tech smarts. (Reading it won’t cost you anything, but you will be asked to register first.) It quotes Mark Raskino, a Gartner research fellow who says CEOs who aren’t thinking about technology “make it appear unimportant to their management teams,” which increases the risk their companies will lose competitive edge.

Given that, I’d say a key responsiblity for CIOs is educating CEOs (and boards of directors) about how technology can help solve business problems or attain business goals. (I’m one who likes to keep a theme going. Education doesn’t begin with an “I,” but “informing” does.) 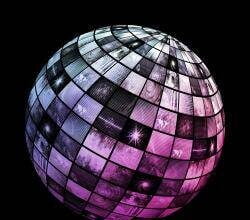