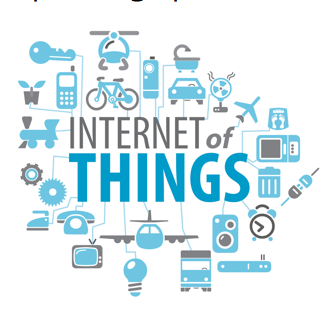 If you want to see a trend before it hits the mainstream, you must understand how they develop as most don’t happen over night. Many will advise you to follow the money and connect the dots. In contrast to this adage, the Internet of Things, still in its infancy, is already shaping how we live, do business, and imagine the next decade in technology.

If you want to see a trend before it hits the mainstream, you must understand how they develop as most don’t happen over night. Many will advise you to follow the money and connect the dots. In contrast to this adage, the Internet of Things, still in its infancy, is already shaping how we live, do business, and imagine the next decade in technology. For IoT to evolve and grow in to the 26 Billion device juggernaut Gartner predicts, the investments and funding that support it will also grow and change.

Unlike the Internet, which first saw success in the enterprise before creeping into our homes, the IoT is seeing early adoption with consumers. Just a few weeks ago, CES saw new smart devices at every turn, but the enterprise adoption of smart devices remains behind. Enterprises, as expected, purchase technology differently than consumers; they require documented ROI cases, network standardization and security, and mature software platforms before taking the plunge.

Rather than diving in head first, big companies are dipping their toes in and experimenting. As these experiments bring insights and ROI, the money will follow, and enterprise IoT will see its day.

In order to identify where the adoption will occur, one must understand the technological evolution that will occur. To do this, we have defined four stages of IoT adoption, each with their own victories, challenges, and timeline for funding. Over the next few years, we’ll make our way through all four stages:

The initial stage focuses on aggregating data from multiple end sources in the enterprise in order to create a fuller picture of the situations occurring in systems. IoT has the power to generate new data streams and provide insight where there previously was none. Getting here took time and persistence, building data collection networks and sensors, but investors have made their move and value is becoming clear in the enterprise.

Our next stage strives to understand the data that’s been gathered and use it to solve problems. We’ve been analyzing enterprise data from sales and CRM for some time now, and this stage is friendlier to both investors and enterprises that have shied away from smart sensors. There is no hardware involved here, which can scare investors away at times.

Data is only valuable if it is actionable, and stage three does just that. With data coming in from the real world and analysis tools providing insight, systems can be automated to take action.  Where traditionally a worker would have to notify procurement that supplies are running low, a sensor can automatically reorder as supplies dwindle, sans human interaction.

With smart sensors and automated systems in place, stage four empowers knowledge workers (non-technical) at the helm of the enterprise to perform deep data analysis in a flash. This analysis will help businesses make predictive decisions on events before they occur, helping to boost productivity and profits for their companies.

Currently we are seeing lot of activity in stages one & two, with several sector-focused winners already emerging. We continue to be bullish on companies building in stage one, in focused verticals, such as retail, natural resources and other “old line” businesses that are less sexy. We believe in “end-to-end” solutions for enterprise IoT, with the approach to build a complete product or service that bypasses incumbents and other competitors by owning not only the software, but the network and hardware required to collect, visualize and use the data.