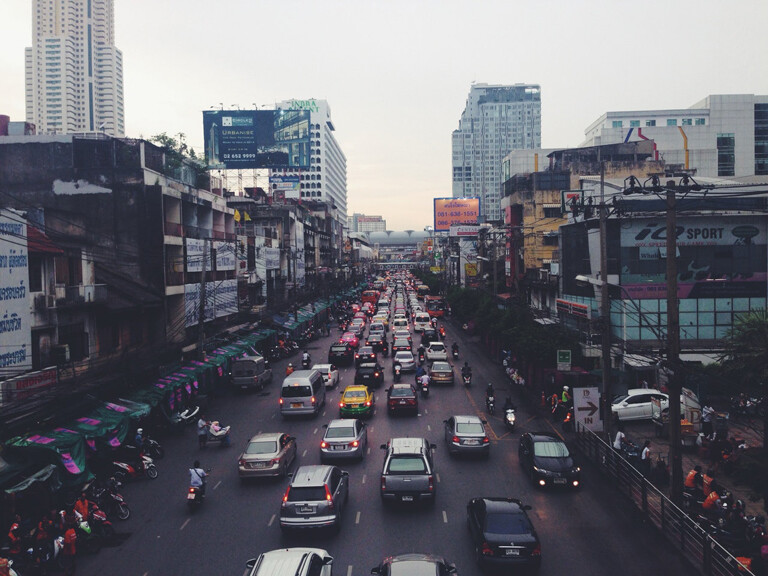 Traffic is a problem for everybody. At the small end of the consequence spectrum, the average commuter spends about 42 hours a year—more than a full work week—stuck in slow-moving traffic. At the big end, there are an average of 1.3 million road crash deaths every year–an average of 3,287 every day.

We need to get to where we’re going, so vehicles are a practical necessity. Fortunately, there are ways that collecting, interpreting, and applying data can help correct some of the major traffic issues we face—and prevent some of those tragic consequences.

The more we learn about our collective driving habits and traffic patterns, the better we can improve our infrastructure and technology to reduce traffic accidents around the country. These are just some of the ways we’re doing it:

Thanks to publicly available information on traffic and accident statistics, organizations are able to produce intelligent accident maps to discover the concentrated “hotspots” within a city. For example, Herman and Herman produced this map documenting the most common places for fatal traffic collisions in Texas. Studying these types of maps help city planners understand which features are most crucial for road safety, and which areas are in highest need of improvement, and may help direct local law enforcement to better serve their communities.

Ridesharing services like Uber and Lyft are commonly used, as are GPS and apps like Google Maps. Companies use this data to help them better serve their customers, assigning drivers to new locations, adjusting prices, and offering improved services. However, this data can also be used to plot “average” destinations for drivers within a city, and information like speed and traffic. Collectively, this information can be used to “understand” intra-city traffic patterns and improve traffic flow.

Tech companies like Waymo and Uber, and automakers like Tesla and Ford are all racing to get the first self-driving cars on the market. These autonomous vehicles already rely on tons of internal data, including maps and algorithms on proper driving procedures, but once they’re publicly released, they’ll create even more data—up to 2 petabytes every year. This data will help engineers create even safer autonomous vehicle designs, and create a responsive network where individual vehicles can “talk” to one another, and exchange information about their environments. This will be especially important for preventing accidents in hazardous conditions, such as heavy rainfall or snow.

We make a lot of assumptions about what causes traffic and what causes accidents, but they aren’t always true. Close inspection of big data allows us to challenge our assumptions and figure out exactly how safe—and unsafe—certain traffic features are. For example, recent research from the World Resources Institute found that there’s a “sweet spot” for lane width and safety. Conventional wisdom would say that wider lanes are automatically safer, since vehicles have more room, but the opposite is true; generally, narrow lanes result in fewer collisions.

The more we rely on data, the safer our streets are going to become. To make things even better, this is a recursive and iterative process; across multiple channels, researchers are working on ways to make travel safer, and each step brings us a little closer to the ideal. Even preventing a tenth of all traffic accidents could save more than 130,000 lives per year, and that could just be the beginning.