Virtual Reality: A New Creative Medium Where the Default State Is Belief 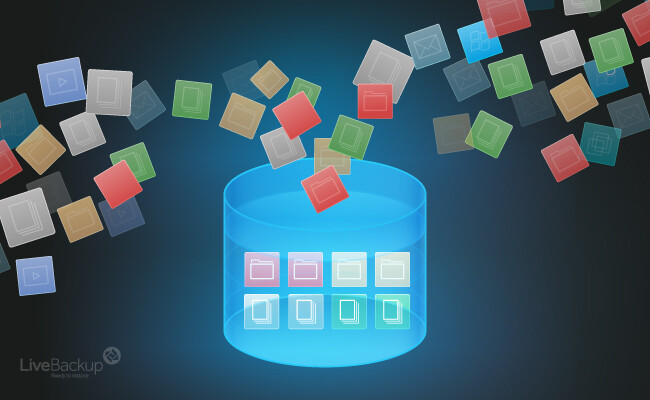 There are numerous methods being used by various solutions to optimise the backup efficiency – reduce the storage requirements and speed up the process of data backup, while at the same time maintaining reliability of data restoration.

Among the methods for achieving these goals are data compression and deduplication, as well as Common File Elimination, and here’s why.

The technology recognises the same file that is being used multiple times by different clients and stores only two copies of that file. In order to enable restoration, the software creates pointers which indicate that different backup sets contain the same file, but do not store the same data in multiple locations.

Common File Elimination ensures that the same data is never transmitted offsite more than twice, thereby saving the bandwidth to transmit only new, unique data. Customers often wonder why files are transmitted twice and not only once. Simply said, the system needs to see the file three times before it classifies it as common and moves it to the appropriate folder – common file library.

This simple elimination is achieved by generating a checksum of each file, as it is backed up, and comparing it against the details of all previous files. If the checksum matches a previously backed up file, this means it is a duplicate and only a shortcut of this file needs to be transmitted offsite.

Due to the way this technique is applied, it does not matter if the files are on different customer’s source servers, or even have different filenames – the software will still only transmit two copies.

The importance of Common File Elimination

Because this feature enables duplicate files to be eliminated throughout the entire enterprise prior to transmission offsite, the results are high storage efficiency and significant cost reduction for bandwidth.

Although the backup system uses shortcuts (pointers) to store files, data is easily restored if needed, as the back-end system performs this task of linking the shortcuts to the actual files.

In the era of truly global businesses, potentially critical data resides on multiple platforms and devices, as employees are mobile, use multiple devices and generally collaborate on a much larger scale. It is technologies like this that provide an effective way of protecting crucial business information.

Even though Common File Elimination has been present for more than a decade, its capabilities continually evolve and improve. For those reasons it remains one of the most relied upon techniques for increasing storage efficiency and speed of backup and restoration processes.

Alvin has been with LiveBackup since 2010. He is a promising information technology specialist, determined to achieve his goal with the greatest of success. Alvin has a Master’s degree in Information Technology and Information Systems from Bond University. He has been an invaluable part of the company since his arrival.