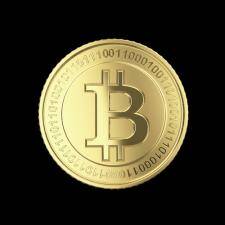 One of the interesting things about Bitcoin is the contrast between how it is portrayed in the press and how it is understood by technologists. The press tends to portray Bitcoin as either a speculative bubble or a scheme for supporting criminal activity.

One of the interesting things about Bitcoin is the contrast between how it is portrayed in the press and how it is understood by technologists. The press tends to portray Bitcoin as either a speculative bubble or a scheme for supporting criminal activity. In Silicon Valley, by contrast, Bitcoin is generally viewed as a profound technological breakthrough.

The Internet is based on a set of core protocols that specify how information such as text, photos, and code should be transmitted. The designers of the Web built placeholders for a system that moved money, but never successfully completed it. Bitcoin is the first plausible proposal for an economic protocol for the Internet.

This matters for two reasons:

1) It fixes serious problems with existing payment systems that depend on centralized services to verify the validity of transactions. These services are both expensive (roughly a 2.5% tax on all transactions) and prone to failure (Internet payment fraud is rampant).

2) More importantly, Bitcoin is a platform upon which new technologies can be developed. Developers have created some early applications, and speculated about future applications. Some potential applications include: a) micropayments as a replacement for banner ads or subscription fees, b) machine-to-machine payments to reduce spam and denial-of-service attacks, c) a way to offer low-cost financial services to people who, because of financial or political constraints, don’t have them today.

But to proliferate widely, Bitcoin needs a killer app the same way HTTP had web browsers and SMTP had email clients. That’s why I’m excited to announce that Andreessen Horowitz is leading a $25M financing of Coinbase, a service that provides an accessible interface to the Bitcoin protocol. Consumers can use Coinbase to convert to and from other currencies and to pay for goods and services. Merchants can use Coinbase to accept payments and convert currencies. Developers can build new services using Coinbase’s API.

Coinbase has grown extremely fast and is now the most widely used Bitcoin service in the US. The founders of Coinbase, Brian Armstrong and Fred Ehrsam, have worked closely with banks and regulators to ensure that the service is safe and compliant. We think Coinbase can significantly accelerate Bitcoin’s proliferation, and as that happens the Internet will enter a new phase of invention and opportunity.