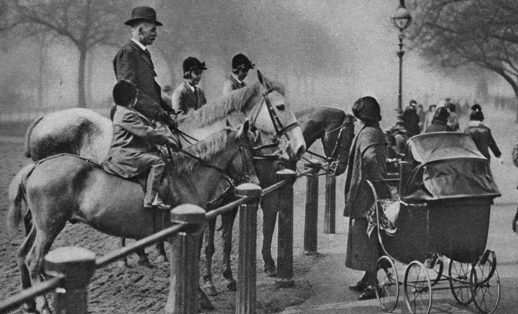 I had the pleasure this month of launching the Australian edition of Deloitte’s Tech Tends 2015 report.  For a number of years now, we’ve put our necks on the line to predict what will happen in the immediate, and slightly longer, term.  Looki

I had the pleasure this month of launching the Australian edition of Deloitte’s Tech Tends 2015 report.  For a number of years now, we’ve put our necks on the line to predict what will happen in the immediate, and slightly longer, term.  Looking back over recent years, we can see the rise of cloud, the reinvention of the role of core IT systems and the evolution of management of technology in business.

Interestingly, the time we’ve been doing these predictions in this particular format has coincided with a peculiar period in computing history when most of the innovation found in business started life in the consumer world.  To a large degree, this trend is the result of the boom of smartphones in the late naughties.

This is not the long-term norm.  Over the five decades since computing became an important part of business technology, the enterprise led and hobbyists had to pick up the scraps until they could get the price to a point where a product that appealed to consumers could be mass produced.

The return of the enterprise

This year has seen a return to the norm.  Some of the hyped technologies like 3-D printing turn out to have more application in business than the home.  Freed from looking to consumers, business has renewed confidence to innovate from the ground-up.  This, in-turn, has the potential to accelerate innovation and enable disruptive rather than evolutionary trends.

It is often hard to move consumer technologies quickly when big investments are required.  To get a return on this capital, large numbers of people need to be moved to open their wallets to get an acceptable return.  Enterprise solutions, on the other hand, can focus on niche problems without needing to worry about standards or mass movements of people due to the rapid return on capital.

It’s entirely possible, for instance, that big business investments in autonomous vehicles will have the same impact as large-scale manufacturing did on advancing robotics in the 1970s and 1980s.  The renewed focus is particularly evident in mining where large distances and controlled environments make early investment not only possible but also rapid returns feasible.

This exciting new period of innovation leads us to ask whether we are really planning for our society of the future or if we are limiting our thinking.  The answer matters because there is a lot of money being invested by both governments and business based on their current assumptions on what the future will bring.

In the late nineteenth century, city planners were dealing the exponential growth in populations and wealth.  They were planning how to deal with one of the most visible forms of technology in every street: the horse.  In the last part of the 1800s, New York City had nearly 200,000 horses.  With the tough conditions they worked under, many horses could expect to live just two to four years with the carcasses being a problem on par with the food they required and the manure they produced.

The Times of London famously predicted around this time that every street would be buried under nine feet of horse-generated waste by 1950!

It’s no wonder that these were the problems that city planners thought they would be dealing with through the then-new twentieth century.  Of course, the arrival of the motor car was both foreseeable by anyone looking back at the history of the internal combustion engine and almost unforseen by city planners of the time.

I wonder whether there are horse carcasses that we simply can’t look past when planning our society of the next century.

A candidate list of these “horse carcasses” would have to start with transport, the issue that planners of the turn of the last century couldn’t look past.  Debate rages in cities around the world about the amount of investment that should go into roads and public transport (predominantly rail).  At the same time, the autonomous car, which seemed a dream just a few years ago, is very much on the verge of reality.

Autonomous vehicles, operating in concert and optimised through the power of analytics, can increase the density of road traffic by an order of magnitude, allowing cities to utilise existing roads with little need to upgrade capacity for many decades.  Similarly, a considered approach to shared resources means that public transport as we know it today is effectively rendered obsolete.

Imagine a future where you simply press a button on your smart device and a vehicle takes you where you want to go.  No waiting, timetables or congestion.

Any serious vision of the future has to consider economics and the future of growth.  For the vast majority of the history of humanity the underlying economic growth rate has been a fraction of one percent compared to the high growth achieved since the industrial revolution.

The big question is whether society should build-in assumptions about growth and the only tool to achieve it: technology.  Looking back, from the vantage of the late twenty first century, the answer will seem obvious and we will kick ourselves if we haven’t either taken advantage of the great opportunity to leverage our growth or conversely saved wisely for a more austere future.

One of the most important decisions that the growth or austerity alternative futures will drive is our willingness to invest in our personal wellbeing through healthcare.  We are planning our society around increasing healthcare costs and actively thinking about rationing schemes around the world.  But what happens if the human body simply becomes a technology problem which is solved.

It is very hard to look past humans living for 80 to 100 years.  While recent centuries have seen a substantial increase in our life expectancy, it hasn’t been transformational.  Rather more people have enjoyed a healthier life towards the higher end of the expected lifespan.

Science, however, could be on the verge of breaking through the current barriers of our biology with an almost unimaginable impact on our society.

Futurists of the 1960s and 1970s expected the twenty-first century to be challenged by a lack of employment.  While the first decades show no sign of realising this prediction, they could still be right.  The second generation of artificial intelligence could finally achieve this vision.

Such a society could be extremely wealthy and choose to put the interests of its people first by sharing the opportunity to contribute while rewarding outcomes over effort.  Conversely, the wealth could easily get concentrated in the hands of a few with little opportunity for those without a role to enjoy the spoils.

Finally, even what we eat is likely to change in ways that seem unimaginable.  Most futurists agree that an increasingly wealthy world will create a huge demand for protein, primarily through meat which requires an enormous amount of land to produce.

An alternative now seems likely.  Technology which can produce meat independently of any animal through stem cells is nearing maturity.  Such a product could be indistinguishable from meat produced from a slaughtered animal.  The change this would cause in agribusiness will be of the same magnitude as the digital disruption so many industries are already experiencing.

Maybe this is the carcass we can’t look past today.  Rather than a horse, this carcass belongs to cows, sheep and poultry.