Creating an Action Plan for BYOD 2.0 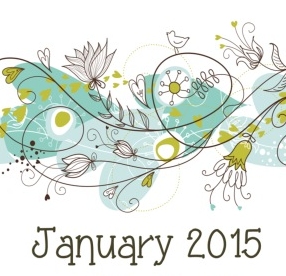 A recent survey by the Economic Times of India has found that demand for skilled big data analysts will continue to outstrip supply throughout 2015.

The TimesJobs Job Outlook Survey 2015 found that big data skills were the most sought-after by companies seeking new hires, and also the skills for which companies are willing to pay the highest salaries for.

It also found that positions requiring Big Data skills were those which companies have the most trouble finding suitable candidates for.

Microsoft has announced that it has paid an undisclosed (although we can assume it is substantial) sum for California-based analytical software developers Revolution Analytics.

Revolution was founded in 2007 by members of Yale University’s computer science department and is known for development of the open source analytical platform R, widely used in commerce and industry.

They currently offer free and subscription-based services and have customers in the financial services, pharmaceutical, manufacturing and tech industries.

Microsoft is often seen as a bastion of proprietary (non open-sourced, or alternatively “closed source”) software but has shown more interest in open source in recent years, having utilised Linux on its cloud-based Azure platform.

Ford Motor Company has unveiled ambitious new plans to put big data at the center of its business. The vehicle manufacturer will hire 125 new staff in data-related roles at its Silicon Valley research centre by the end of the year.

Ford Group CTO Raj Nair told the Wall Street Journal: “I think Big Data will be much bigger than telematics.”

The company plans to capture freight and logistics data to compare the cost of parts and services on a global scale. Mr Nair said: “Once we start getting really good at Big Data analytics, we can use that expertise to look at the supply chain.”

Ford is already no stranger to big data – their newer cars come equipped with 74 sensors and its Energi Hybrid cars generate 25GB of data every hour which is sent back to the factory for analysis, and can be queried by car owners through a mobile app.

It is thought that the Silicon Valley-based businesses which have dominated the international big data market from the beginning will start to see strong competition from the far east in coming years.

Antuit was founded just two years ago and provides supply chain analytical solutions to businesses, from its offices in Singapore, New York, Seattle, Auckland and Bangalore.

Chief Executive Arijit Sengupta told the Financial Times: “The rapidly growing $10 billion plus big data services market is ripe to be organised and consolidated under a market leader. Goldman Sachs brings not only capital but also deep expertise around how to grow into such a company.”

German consumer finance startup Kreditech announced that it has itself received a $200 million credit line, to enable it to expand its data-driven lending service.

The company aims to help customers who cannot receive finance from traditional banks due to poor or non-existing credit records – it estimates that globally it has 4 billion potential customers.

It plans to use the money, from investment group Victory Park Capital, to develop its operations in areas it already serves, including Spain, Mexico and Russia, as well as expand into new markets such as Brazil.

Kreditech’s algorithms use 20,000 data points, including data from social media, to assess applicants’ likelihood of paying back their loans.

CFO Rene Griemens has said that his ambition is for the company to become the Amazon of consumer funding.

As always, let me know your thoughts on the stories as well as other big stories I might have missed. If you want to read my future big data news summaries and articles then please click ‘Follow‘ and send me a LinkedIn invite. And, of course, feel free to also connect via Twitter, Facebook and The Advanced Performance Institute.

Check out other recent LinkedIn Influencer posts by Bernard Marr: