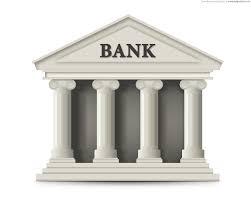 Quick, Look Over There: DDoS Diversions Result in Millions Stolen from US Banks 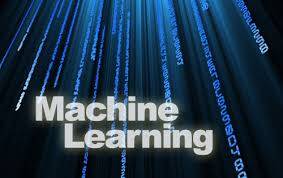 If there’s one thing that keeps business leaders awake at night, it’s worries over data security. Nowadays, every company no matter the size uses technology in their operations, whether its using cloud systems for emails, massive server rooms for handling online transactions, or simply allowing employees to access company information on their smartphones.

If there’s one thing that keeps business leaders awake at night, it’s worries over data security. Nowadays, every company no matter the size uses technology in their operations, whether its using cloud systems for emails, massive server rooms for handling online transactions, or simply allowing employees to access company information on their smartphones. One misstep could end up leading to data loss or even data theft, which could end up costing the company some big money. Even mega-corporations like Target aren’t immune to this unfortunate trend. Businesses are looking for ways to make their information more secure, so to do that, many security systems are turning to big data, or more specifically to machine learning as a way to prevent and combat threats.

When you get right down to it, computer security is all about being able to analyze the data. A company’s security is largely dependent on the amount of data analysis they’re capable of, along with the quality of that data. A company that can collect a lot of data at once but doesn’t have the means to analyze it properly for threats won’t get very far. The same goes for a business with excellent analytic tools but without the resources to gather and store that information. These facts are very important because without a lot of data, machine learning simply can’t be as effective.

For those who aren’t familiar with machine learning, it essentially means a system that is capable of learning from data. The system is given a task, and from that algorithm can constantly get better, performing the task more efficiently and perhaps even finding new ways to do it. The more data a machine learning system has to work with, the better it will be at its assigned duties. In the case of cyber security, a machine learning system is able to sort through vast sets of big data in order to identify certain complex signals that it has deemed to be particularly damaging or a threat.

The machine learning approach has a major advantage over the more traditional way of threat detection. With the traditional way, systems had to look for signatures that had already been determined to be a threat. Once these signatures were identified within a network, the system would have to either stop it from further infiltration, or eliminate it. This method has some rather obvious weaknesses, the main one being its non-predictive nature. A threat that doesn’t fit an existing signature would likely not be identified, opening up the network to an attack. In essence, companies and organizations would always be behind prospective attackers looking to steal valuable data. Machine learning is able to address this major weakness. By looking through data for certain patterns and signals, machine learning is much more capable of predicting future attacks and preventing them, letting the system stay one step ahead of those who intend to do harm. By keeping a database of all existing malware, machine learning can root out problems before they happen, which for obvious reasons can be of great value to businesses.

There are plenty of security tools available for organizations that want to employ machine learning as a defensive measure. With these tools, systems are able to detect aberrant behavior, or actions that fall outside the norm, which can trigger an alert sent to security teams. As machine learning security systems constantly improve, they can then narrow down the alerts even more so team aren’t subject to waves of alerts each and every day. One such machine learning tool called Fortscale is able to separate abnormal events and place them in a special inbox, allowing IT security personnel to take a look at the problem and address it as needed.

Machine learning is already a common part of security measures. Spam mail filters are one simple example, but other systems exist like antivirus software, intrusion detection programs, and even credit card detection codes. There is much progress still to be made, but machine learning is at the forefront of raising computer security to a new level. With machine learning properly deployed, business leaders can rest easy knowing their data is more secure.